How to set the light for the video vlog

When you have two light sources, it’s hard to resist the temptation not to point them directly at the model’s face left and right. Many video bloggers and photographers do this. Let’s take a look at how it works, as well as the disadvantages of this lighting.

Let’s say one light source created shadows you don’t like.

My first thought was to turn on the second light source on the opposite side. 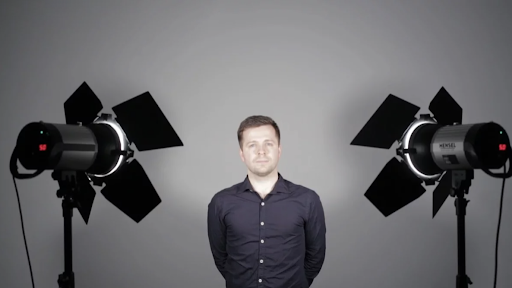 But this doesn’t solve the problem, on the contrary, it only makes it worse. Now we have not one but two sets of shadows, less dark, but still noticeable. Pay special attention to the shadows to the left and right of the nose. 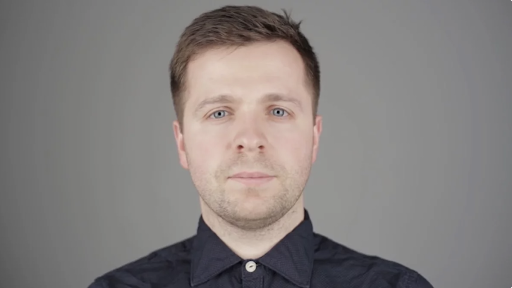 Some people see this problem and try to solve it in the simplest savage way: “If I don’t like the shadow, I have to soften it. That is, shine the light through a diffuser, such as a translucent umbrella or softbox.

The problem is that softboxes don’t improve the situation much, because they don’t fix the error, they just hide it, making it less noticeable. Yes, the shadows are softer and harder to see, but they are still double, which is bad.

For a static picture, The wall must be it is less noticeable, but when the person moves in the video, the shadows on the face begin to dance in all directions, creating a torn light and shadow pattern.

The same two softboxes can be used in a much more interesting way, for example: put one directly above the camera, and with the other illuminate the person behind. The second source, if well positioned, will give us two effects at once: it will illuminate the background and create an expressive glare that adds volume to the picture. 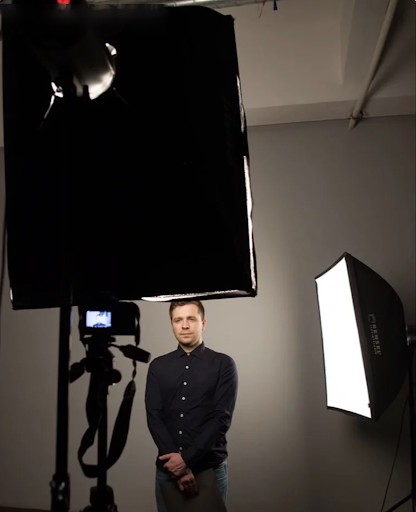 That kind of light will be much more pleasant. But if you do not have softboxes or you are limited in space, you can soften the light by reflecting it off the wall. It is important that the wall is uniformly painted, preferably white. For this purpose, it can be convenient to take a white sheet and hang it on the wall.

As a result, the large spot of light on the wall behind the photographer’s back will fill the entire model’s face with light and the double shadows will disappear. Note, the photo shows the view from the model’s side. 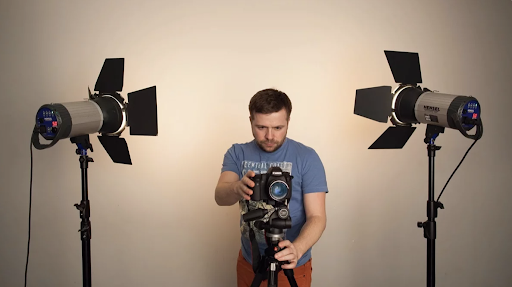 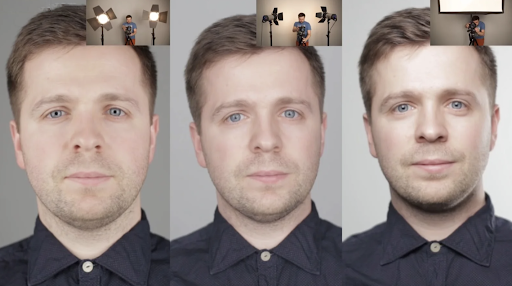 Pay attention to the left photo compared to the other two. The nasolabial folds are too prominent; the forehead and nose are darker than the cheeks; there are unpleasant shadows in the corners of the eyes (near the nose); the volumes are poorly worked out (the face is flat); the double glare at the tip of the nose draws too much attention to itself. These are the main disadvantages of this kind of lighting, which for some reason is used very often.

The basic rule: the main (drawing) light must be one. It creates a clear light and shade pattern on the face. All other light sources only supplement it, not interfere.

If you see a video blogger or a photographer using this kind of light, please give them a link to this article in which we briefly showed it all:

And finally, let us back up our article with the words of a classic. The famous master of artistic portraiture, M. S. Nappelbaum, in his book “From Craft to Art” writes about this light:

“If a person’s face is illuminated from both sides by sources of approximately equal strength, the face becomes a flat mask, losing its volume and character. Another danger of this method is that you get carried away with lighting effects as an end in itself. In such cases, the person’s face is just a field for throwing glare, which violates the structure of the face, harmony, sometimes highlighting the secondary at the expense of the main.” 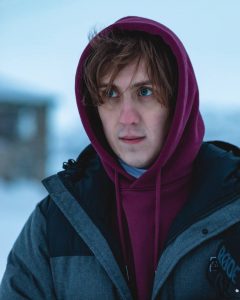 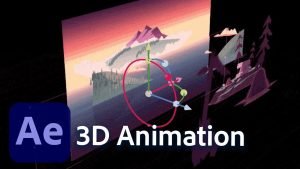 How Space Works in Adobe After Effects 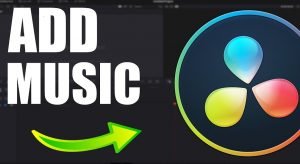 How to add music to davinci resolve

How to trim a video in Davinci resolve

Unlock all premium high-quality tracks and choose any number of tracks for your next art or advertisement videos.

License available in catalog to use tracks in any digital platforms wordlwide. Read more about license terms.

Use tracks in any number of videos no matter how big is the audience.

Our catalog is categorized by various themes, genres, moods, instuments and it gets bigger on a weekly basis.

Contact us with any kind of issues you experience and we will be happy to help.

Use our advanced filtering feature to find the perfect track match for your needs.

Suitable to use on